“In a time of universal deceit, telling the truth is a revolutionary act.”  – George Orwell

Within 50 years, in the time of our children and grand-children, we will have improved the environment and created a lush, green, productive, life-filled planet Earth with all of the beneficial green plant food carbon dioxide we are re-adding and giving back to the environment.

The carbon that is currently trapped in hydrocarbon fuels used to be life!  It used to be carbon circulating in the global biospheric process of life, and sustained a lush, green planet, that could support huge creatures like dinosaurs in the past.  Today, that carbon-based life has been trapped underground and has formed hydrocarbon fuels that humans can access.  Humans get to use that old carbon, which has turned into hydrocarbon fuel, for benefiting our standard of life and relieving poverty on a global scale, and enriching human livelihood in general with the energy it provides.  That hydrocarbon fuel has supported a tremendous and enriching transformation and development of human society in the last hundred years.

For the last few millions years, the carbon dioxide concentration in the air was getting so low that plant life was almost ready to stop being able to perform photosynthesis!  This would have spelled the extinction of almost all life on the planet, and this extinction would have been global and possibly permanent!  It was a very close call.  Luckily, by the grace of God, evolution, Gaia, or whatever you would like to believe – even convenient and lucky happenstance – humans came along at just the right geological time-period to return that trapped life, carbon, back into the atmosphere as carbon dioxide where it can then turn back into plants and sustain new and more life.  Isn’t it amazing?

It is the most wonderful win-win situation that nature could have provided for us.  We get cheap, beneficial, life-enriching energy, and the environment gets back its own source of fuel.  It is exactly like how animals and humans breathe out carbon dioxide, and then plants turn around and breathe it in as food, and then produce oxygen for us to breath again.  The circle of life.  Except now, we’ve industrialized that process and are returning much more food back to the environment where it is supposed to be, and where it can do some good in creating new life.  We’re giving back the breathe of life by using hydrocarbons and giving carbon dioxide back to the atmosphere, and this new carbon dioxide can now go back into real, living life, in the present and future.

We can use this wealth supplied by hydrocarbons and the time it gives us to develop new, future-oriented sources of power such as advanced nuclear, fusion, and whatever power generation technology science might invent, because eventually hydrocarbon fuels may become too limited to provide the energy requirements we desire.  And when we get to that point, we will be able to always look back and think of all the good that we did for the environment by reinvigorating it with its own carbon dioxide – carbon that had been trapped away from its use in creating and being life.

Please help spread the word of this fantastic news and fantastic science! 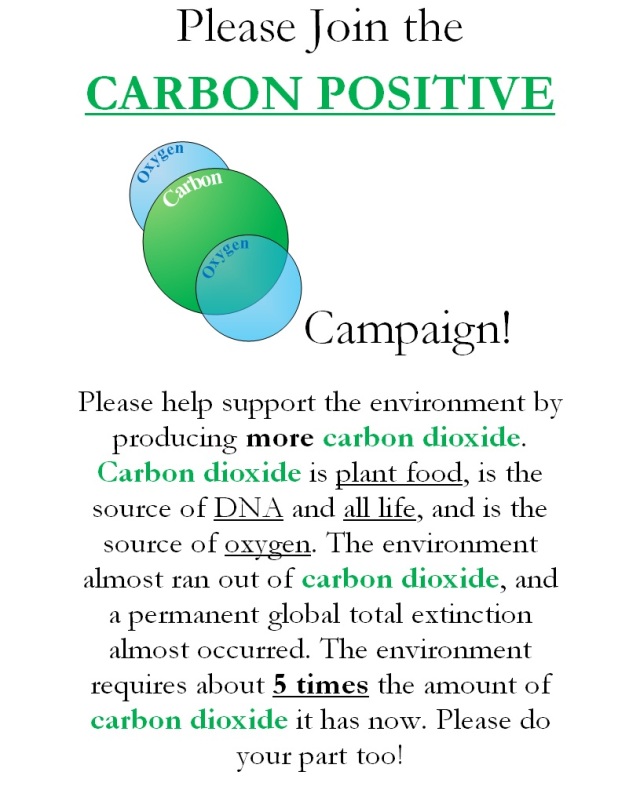 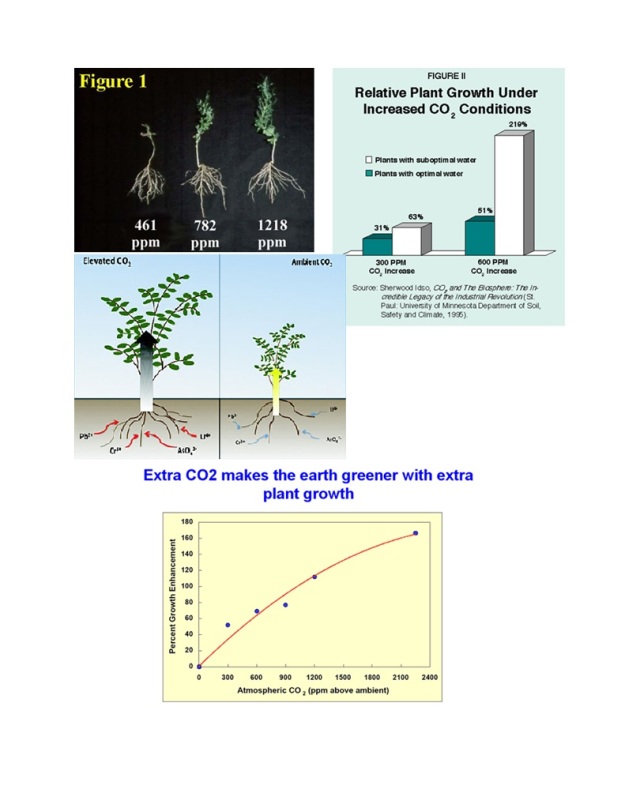