Alright, yesterday I made the point that our antagonists, such as Watts and Monckton, get irate and nasty at us in personal correspondence.  Monckton kindly showed up here and made a fool of himself proving the point.

Well, after Monckton’s disgusting behaviour here yesterday, and Carl’s post last night with my comments on it realizing that we face a real enemy who lies and infiltrates, this morning I lost my mind on Roy Spencer.

JO:  “Come on then Roy, Spend just another 3 minutes of your precious time to educate this ‘hired shill’ into some examples of industrial uses of CO2 to delay cooling.  <crickets>”

JP:  “Go ahead Roy and write an article with examples from industry where CO2 is used to amplify heat.

Interesting that when the CO2 snow sublimates back into a gas, it doesn’t start suddenly heating the thing it was previously cooling…”

Roy Spencer:  “I wouldn’t expect there to be any industrial applications…why use something so inefficient and impractical when there are much better and cheaper options available?  CO2 absorption/emission effects on broadband IR are weak, and are only realized over great path lengths of air over which there exists a temperature gradient.  I don’t know of any industrial need for such an effect that has such a mechanism of action.

This has been explained so many times over the years that you are either (1) being deliberately deceptive, or (2) are unable to grasp the concept. ”

And I lost it:

“You are an amazing sophist, liar, and fraud.

Have you ever seen a spectrum of terrestrial emissions?  It has a GIANT notch in it where CO2 is absorbing LWIR.  It’s GIANT.  You sophist lying son of a bitch.

In the Earth’s atmosphere it takes a long path length because the concentration is low!  You lying sophist son of a bitch.  If the concentration is high, such as inside an enclosure where CO2 ice is sublimating, or in any engineered system, the giant notch of absorption can occur within inches.  There’s video’s on youtube showing this.

“I don’t know of any industrial need for such an effect that has such a mechanism of action.”

With your buddy Monckton’s self-demolition on my blog yesterday, and this, you guys have totally exposed what you are.

You come on here accusing us of what you did.  Well right back at you you lying, sophist, son of a bitch.

Go fuck yourself Roy, you god-damned sophist piece of shit.  You people’s days of defending the fraud of climate alarm are soon coming to an end.  You deserve no quarter and no respect in this matter any longer.

That is all quite stupid and incredibly deceptive…of HIM!

Look, we Slayers didn’t come into these people being mean-spirited or unkind or anything.  We came in thinking that we would meet like-minded skeptics who had a desire for reason, logic, debunking bad science, and ending the fraud pseudoscience of climate alarm.  We thought it would be a great time!  We thought we would make lots of friends, because we were doing the same thing that they were (now we know: pretending) doing.

Instead we found that the biggest names in skepticism out there – Nova, Monckton, Watts, Spencer, Curry, etc – all started calling us names, questioning our motives and our intelligence, campaigning together to ruin our reputation, and using their media-presence to silence us.  And it still continues.  Look at Monckton’s melt-down yesterday, and look at Spencer’s outright fraudulent sophistry above.

My comments at the end of Carl’s article yesterday have been sitting heavy on me over night and this morning.  In fact I was awake for all but 4 hours last night with it all on my mind.

We face an enemy that lies, infiltrates, pretends the opposite of what they are, and are truly evil and vile.  Just look at what Monckton exposed of himself yesterday!

We came into this politely at the beginning, wanting to talk with like-minded skeptics.  And this is how these people treated us.  I am sick of being nice to them any longer.

They want to fight, call names, and belittle us?  Alright, you want to fight that way?  Then this is where it goes.

But look at how sneaky these people are.  Look how they so expertly turn it around:

Spencer:  “Instantaneous doubling of atmospheric CO2, even according to the IPCC, would reduce the rate or IR cooling at the top-of-atmosphere by only 1-2%.

At face value, that does not sound to me like it is “amazingly powerful”, a strawman you continually try to erect in front  of us lukewarmers.

But, while it is not “amazingly powerful”, it is non-zero.

And, Joe, maybe the above factoid will clarify why I said the *broadband IR* CO2 effect is weak. Repeatedly calling me a “lying bastard” in your follow-up email makes me wonder what your motivations are in this debate.

But, keep it coming, folks…this could be great material for a blog post on the tactics, beliefs, and behaviors of the sky dragon slayers.”

You see how he so sophistically pretends that what he says now justifies what he said before?  What you said before is still all bullshit and what you’re trying to say now is also bullshit.

And then when you stoop to their level, to their level of getting nasty, they are sch experts at now playing the victim.  It is so disgusting.

As Lionel Griffith would have said, there is no debate to be had with these people.  Although they pretend, they don’t actually wish for truth or reason or skepticism or finding better answers, etc.  That’s not their purpose or goal.  I had said long ago to the Slayers that it was and is a mistake to try to talk with these people, these “gatekeepers”, because for one it only makes them think that they’re important, and for two, it is quite pointless as their motives have become quite clear as to what role they’re actually playing.  They’re quite clearly not who they pretend to be.

As from my comment at the end of Carl’s post…there is no debate to be had between these two forces.  One seeks life and merit, the other seeks death and destruction.  There’s no common ground.  There is no valid compromise.  The enemy will pretend to be what they are not until the last…they will keep up appearances as long as they can.  What you have to do is to outflank the enemy.

JP:  “Oh Roy stop with your pretenses.  We all see what you are now.  Do you not think that we see exactly what you’re doing?

You’re so pathetic to try and accuse us of “tactics and behaviours”, when it is your lot defending the basis of climate alarm while pretending to be skeptics, and having spent years trying to silence us and discredit us with nasty tactics.”

Anyway, you want to make a blog post about it Roy?  Here it is. 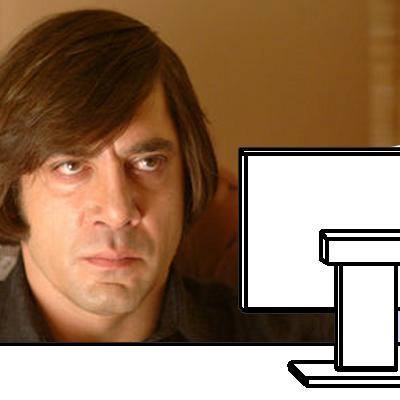 This entry was posted in Sophistry and tagged Roy Spencer. Bookmark the permalink.