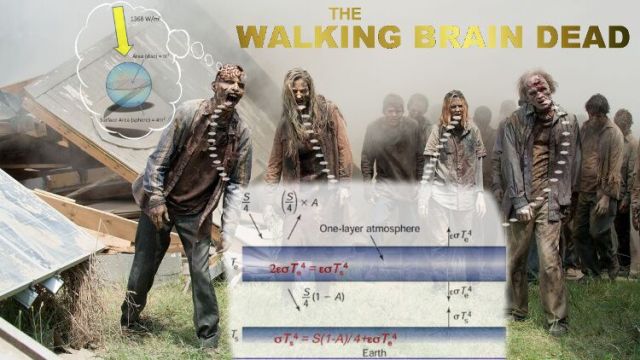 Who gets the honour of being identified as the world’s most braindead!?  It’s not the outright Flat Earther’s, no, not at all!  Rather, it is the people who pretend to stand for modern science and who believe that they have presented to the world science’s greatest accomplishment and relevance to the modern world!  It is the people who truly, seriously, fundamentally believe, while having (at least claiming) actual credentials in science and physics, that they have presented the world with science’s most important work in relevance to mankind, while having based all of their work on literal flat Earth physics and claiming that it reflects actual reality.

Stupid, uneducated people can simply be dismissed and even forgiven for believing in flat Earth science.  Trolls can be ignored while they post links in Youtube comments and various internet places to flat Earth pseudoscience.

However, you must be a very special and particularly acute brand of braindead to truly and seriously present yourself as a scientist with degrees in various scientific fields, professing science’s greatest relevance to mankind in modern times, and have based that proselytizing on flat Earth physics!  This is what every climate alarmist and climate alarm skeptic is guilty of who believes in the radiative greenhouse effect at the sole fundamental basis of climate alarm and the field of climate science.  Here is that basis, from Harvard University no less(!):

Flat Earth physics as taught at Harvard University to students of science!

That’s a flat Earth, you braindead retards!  No offence to people who are actually developmentally retarded due to factors beyond their control.  The people who believe in the radiative greenhouse effect at the basis of climate alarm are willfully braindead retarded.  Here’s flat Earth physics published in an actual science journal(!): 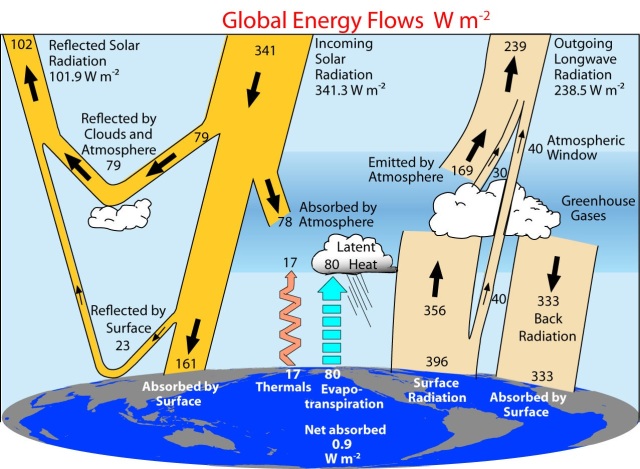 Global Energy budget from the climate science point of view.
From: http://www.cgd.ucar.edu/cas/Trenberth/trenberth.papers/10.1175_2008BAMS2634.1.pdf
(Bulletin of the American Meteorological Society)

We have actual, real scientists (claimed to be, anyway) who start with a flat Earth, and that’s one thing.  But then they actually go ahead and work out the numbers as if the Earth were actually truly physically flat, find that Earth’s atmosphere must therefore provide 207% more energy than the Sun, and then…wait for it…publish it in a science journal!

I went into astrophysics because I found planets, solar systems, galaxies, space, time, existence, etc., profound beyond comprehension.  This situation with the flat Earther science deniers with degrees in science claiming to be scientists is still more profound but in a quite disturbing way.

Please suggest names in the comments section and I will add them to the list!

This entry was posted in Fraud of the Greenhouse Effect and tagged flat earther list, science denier list. Bookmark the permalink.