They’re All In On It

A commentator (CDM) has been in contact with a PhD in physics regarding my AMS paper and the video produced about it, which you can see here. The American Meteorological Society has had to take the position that the Sun does not heat the Earth or create Earth’s weather in order to protect their political interpretation of the weather and their fake greenhouse effect. Because once we point out that the Sun in fact heats the Earth, there is no longer any need to invent a fake climate “greenhouse effect” and hence no climate alarm based on that. The replies from this randomly-selected PhD in Physics demonstrates that all of academia is in on this climate pseudoscience fraud. They all seem to be coordinated in their sophistry and lies in order to protect the pseudoscience of climate politics.

PhD Physics Dr. Strong: “The Sun supplies the energy, it does not create weather. It is like when you put gas in your car. It powers the car but does not decide where the car goes or how fast.”

PhD Physics Dr. Strong: “The energy coming from the Sun to impact the Earth powers the weather systems, it does not “create weather.””

PhD Physics Dr. Strong: “First, the Earths temperature is higher than it should be by 32C due to the GHGs in the atmosphere.”

No…the Earth is precisely the effective temperature it is supposed to be. The warmest part of the ensemble is found at the slice of atmosphere closest to the surface…but this slice is obviously by definition not representative of the entire Earth…the temperature found here is not “Earth’s temperature”.

PhD Physics Dr. Strong: “The Sun is supplying the energy does not mean it creates the weather, it is how that energy is used by the natural systems of the Earth that does.”

PhD Physics Dr. Strong: “A paper stating that the Sun heats the Earth would be rejected because it is trivial and does not forward science.”

PhD Physics Dr. Strong: “Let me ask you a question in return: Which planet has the most violent weather? How much solar energy does it receive (per sq m) compared to the Earth?”

Jupiter has the most violent weather. Not the same thing…apples to oranges. Jupiter is a gas giant hundreds of times larger than the Earth, with thousands upon thousands of times the mass of atmosphere.

These people literally have no sense or clue of cause and effect…they literally cannot think basic things. They all seem to be actively complicit in the fraud, and come up with sophistry to pretend to claim that the Sun does not heat the Earth and create weather…even while admitting that the Sun must supply to the power to do so. They simply create self-contradictory statements in order to confuse, because within that confusion is where they protect themselves, protect their fraud, protect their paycheck, protect their parasitism, etc. If they can leave you confused, then they protect themselves. They want you confused. Their last attempt to protect themselves is now to state the fact but pretend that the fact is not the face. It is double-think and cognitive dissonance at its end. Break through their sophistry, and expose them.

They’re all in on it. 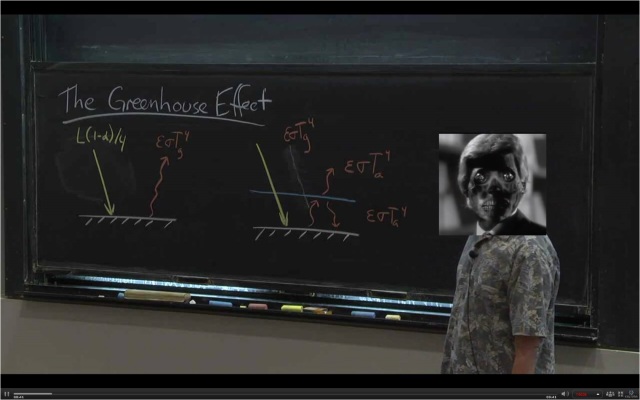 This entry was posted in Fraud of the Greenhouse Effect and tagged heat, power. Bookmark the permalink.

70 Responses to They’re All In On It