Right in Front of our Faces

How does that old saying go?

“The bast place to hide something is right out in the open.”

Some of you may be aware that there is a major revolution happening in science right now, where the public is slowly being leaked information by whistle-blowers from NASA about the true shape of the Earth.  We have been being lied to by the intellectual elite and the Freemasons for centuries, all as a ploy by the Illuminati to hijack our reality and create a simulacrum in which the Catholic Church and the Pope gain almost full control over our minds.  If we believe that the Earth is a round ball in space then we will believe it to be possible that aliens can come visit us, and this is all in preparation for the false flag alien invasion that the Money Masters are planning for us with HAARP and Project Blue Beam in order to implement the New World Order with the Antichrist at its head with all humans enslaved to the new Satanic World Religion.

See these links for background info on the truth of what is being hid, and has been hidden for hundreds of years, from the general public:

you Can ignore Reality, But you Can not Ignore The consequences Of Ignoring reality

The Earth – from here on MOTHER GAIA – because she IS our mother, our protector, our life-giver, our salvation, our communal inheritance, our love, our grounding, our bliss, our champion – she is everything – has been responding to patriarchal abuse by creating climate change in order to tell humanity that we must stop what we are doing to her and that we must live more abundantly without using (ABUSING!) anymore of her resources which must STAY IN THE GROUND!  It’s like we’re all (well, the MALE patriarchy is responsibly for this) taking out her ovaries and devouring them in our lust for profit!  Science has found that underground oil is like lubrication that the continents slide on top of, and without that lubrication MOTHER GAIA experiences chaffing which leads to increased earthquakes and volcanic activity which MAN is responsible for!  Just like any woman knows, lubrication is essential to healthy functioning of the mucousal membrane.  Without a healthy vagina, MOTHER GAIA can no longer give birth and now MAN is trying to survive by devouring her ovaries instead of letting HER provide!  And the metal ores in MOTHER GAIA’S are responsive to electromagnetism and science has shown that this is like nerve endings in her flesh.  MOTHER GAIA NEEDS HER VAGINAL LUBRICATION AND SENSITIVE NERVE ENDINGS TO FUNCTION PROPERLY!  Her OIL and her METAL ORES need to stay in the ground, in the BODY of GAIA!  Its SACRED!

And because when Justin Trudeau and OBAMA!  Islam is a religion OF PEACE! 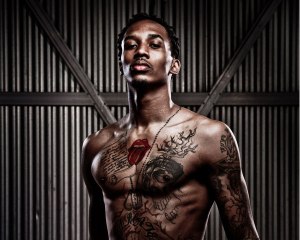 But MOTHER GAIA’S vagina had a trick up her sleeve, because when MALE science started having to figure out climate change that HE was creating, the secret of a flat Earth would be accidentally forced out into the open.  And it has BEEN SITTING RIGHT in front of our faces for decades now, since MALE patriarchal science started having to do climate change science.  Just look AT all the diagrams below for PROOF! 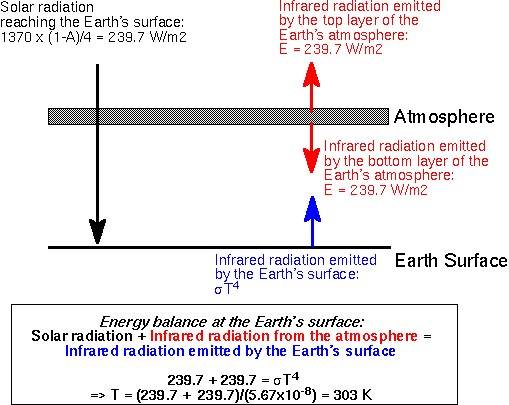 That image above Is from the University of Washington, the heart of academia and the intellectual ELITE!  EARTH SURFACE = FLAT!

That image above is from Columbia University, the heart of academia And the intellectual ELITE!  EARTH SURFACE = FLAT! 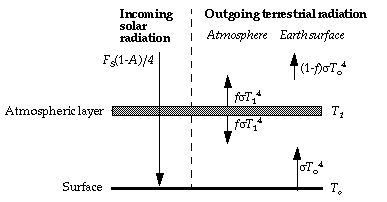 That image above is From Harvard University, the heart of academia and the intellectual ELITE!  EARTH SURFACE = FLAT! 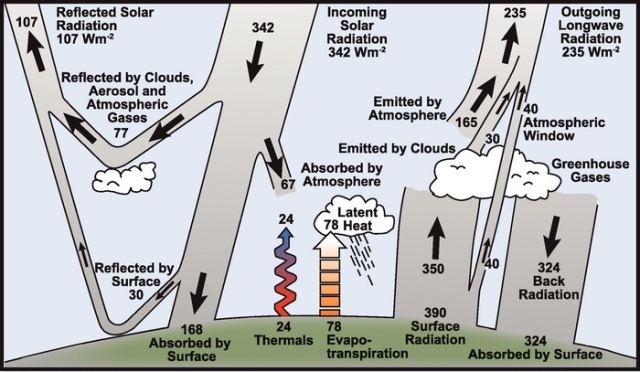 That image above is from Khiel & Trenberth, two of the most highly respected climate researchers in the world!  EARTH SURFACE = FLAT!  (Although they tried to be tricky and drew a Curve for THE Earth, the numbers they use are for a FLAT EARTH!, so, not so tricky after all!)

That image above is from Penn State, home of probably THE MOST HIGHLY RESPECTED CLIMATE RESEARCHER known to woMAN, Michael Mann – the heart of academia and the intellectual ELITE!  EARTH SURFACE = FLAT!

That image above is from a textbook on Thermal Physics , the heart of academia and the intellectual ELITE!  EARTH SURFACE = FLAT!

Global Energy budget from the climate science point of view.
From: http://www.cgd.ucar.edu/cas/Trenberth/trenberth.papers/10.1175_2008BAMS2634.1.pdf
(Bulletin of the American Meteorological Society)

And here we see them give away the truth shape of the Earth!  A FLAT DISK!

MOTHER GAIA has surely tricked these male patriarchal scientists in tricking them to expose that the Earth is actually flat.

8 Responses to Earth is Flat! Boom! Proof from Climate Change!